Ander Herrera says that Manchester United will make everything they can to delay Leicester City from winning the Premier League title.

Both sides will meet at Old Trafford over the weekend, and the United players are keen to make life difficult for the league leaders. Leicester City needs two points from their next three games if they want to be crowned Champions. A win at Old Trafford will see them win their first ever Premier League title. 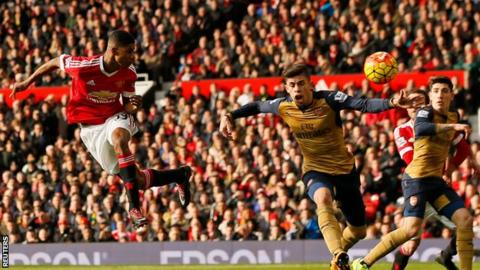 Manchester United have ambitions of their own. They are currently five points behind Arsenal, who is in fourth place and a win can boost their hopes of making it to the Champions League.

According to Ander Herrera, there is not a single Manchester United player that want to see Leicester City win the title on their ground and that they would do anything they can to prevent this from happening at Old Trafford.

He said that Leicester City deserves to win the Premier League after their breathtaking season, but it should not be at Old Trafford. He believes that Manchester United is still in the race for the fourth place and that they should do everything they can to qualify. He added that if ever Leicester City wants to win the title at Old Trafford during the weekend, they will have to play at a good level because they are themselves on a good run of form.

Manchester United, who have enjoyed a poor start to the season, will try to finish it strongly. Their objectives will be to qualify for the Champions League and for this they will have to win their remaining matches of the season. They have also reached the FA Cup final where they will be playing against Crystal Palace.