Erik ten Hag is interested in signing Ajax star Antony for his next club amid links to Manchester United, according to reports. The Dutchman is on the Red Devils’ radar as they look for a permanent replacement for Ole Gunnar Solskjaer, who was axed earlier in the campaign. However, he’s not the only manager under consideration with the club also eyeing Mauricio Pochettino, Luis Enrique and Julen Lopetegui. 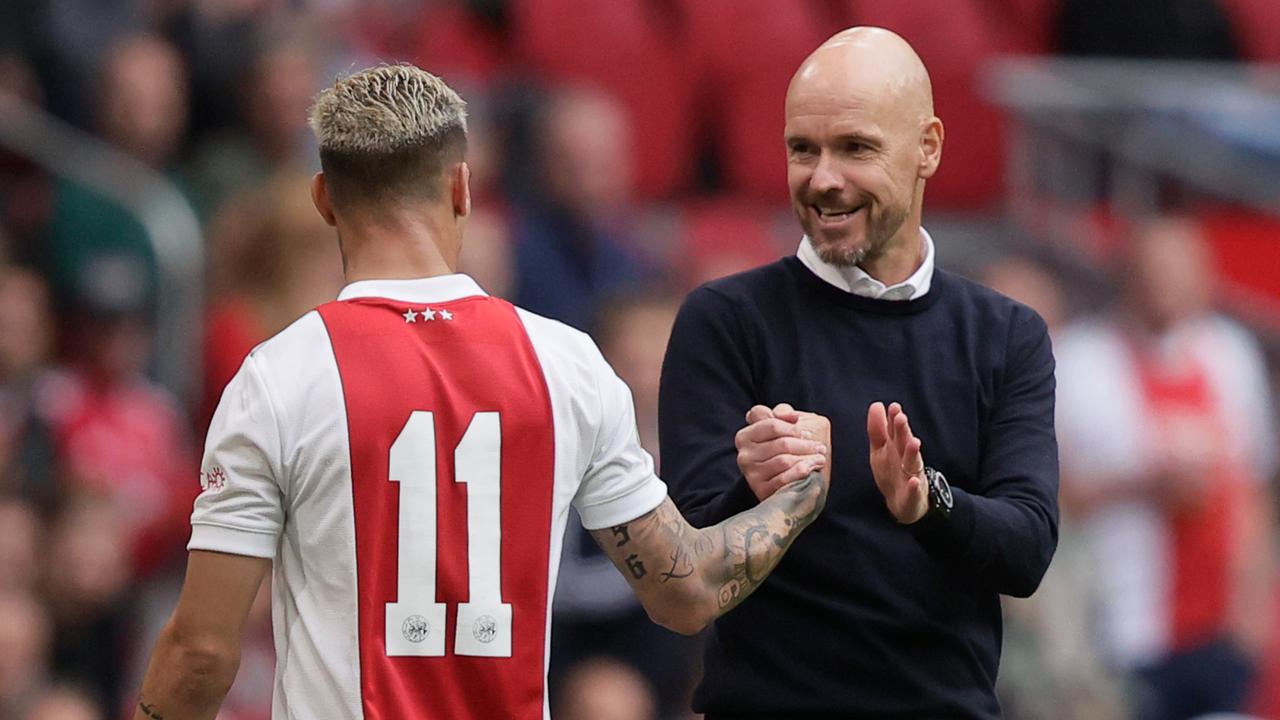 They are primed to hire a fifth manager since Sir Alex Ferguson’s retirement back in 2013, with the club seeing the likes of David Moyes, Louis van Gaal, Jose Mourinho and Ole Gunnar Solskjaer fail in the time since. At the moment, it’s Ajax boss Ten Hag who is the frontrunner to secure the role having been interviewed by John Murtough and Darren Fletcher last week.

They do intend, however, to interview Enrique and Lopetegui after also holding talks with Paris Saint-Germain boss Pochettino. Now, according to The Telegraph, Ten Hag would want to bring Ajax winger Antony with him to wherever he goes next. That could mean United, with the futures of four players currently shrouded in uncertainty due to the events of this season.

Ten Hag is the reported choice of most of United fans according to a poll conducted online a few days ago and it is looking like the United board would be mostly interested in taking the Ajax boss and make him their next permanent manager this summer but they want to have more than one option. This is why they are also interested in speaking with other possible managerial candidates, including Luis Enrique, whose interview has been slated to hold this week.

Antony eiuid he a good signing for United if the club appoint Ten Hag, and a lot of United fans wiuod lobe to see that connection at Old Trafford.