Manchester United new boy Ahmad Diallo has captured the hearts of many United fans with his electric debut for the club on Thursday night in the UEFA Europa League clash against Real Sociedad in Turin. The 18-year-old was making his first appearance for the Red Devils since signing for the club back in January from Italian Serie A side Atalanta and has since brought joy to some United fans’ hearts. 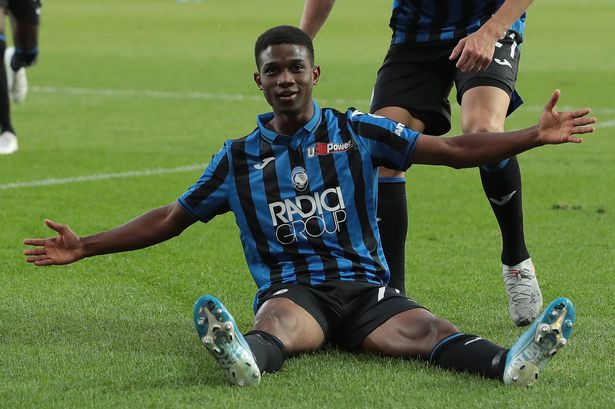 The £19 million acquisition came on for Mason Greenwood in the 83rd minute of the clash in Turin and it was a marvelous cameo appearance from him. With United already 3-0 up against their Spanish opposition, Diallo, despite having such a short time to impress, did his job emphatically and has since earned a lot of praise both on social media and off it.

The teenager was coming on the back of two impressive appearances for the Under-23 team and was full of confidence as it was written all over him that he was ready to take his chance. During the short 12 minutes that he spent on the pitch; Diallo was able to complete more dribbles than any other player on the pitch. He also did not misplace any of the passes he attempted and would go on to play a role in Olé Gunnar Solskjær’s team grabbing a fourth goal through a Daniel James strike.

The 4-0 aggregate scoreline is setting the foundation for Diallo to spend more time on the pitch when United take on Sociedad in the return leg of the fixture, with Solskjær confirming that the young attacker has an important role to play for the team.

After the game, Solskjær praised the youngster, claiming that he is getting closer to full match fitness and that as long as he continues to put in some work, he will come good at the club.